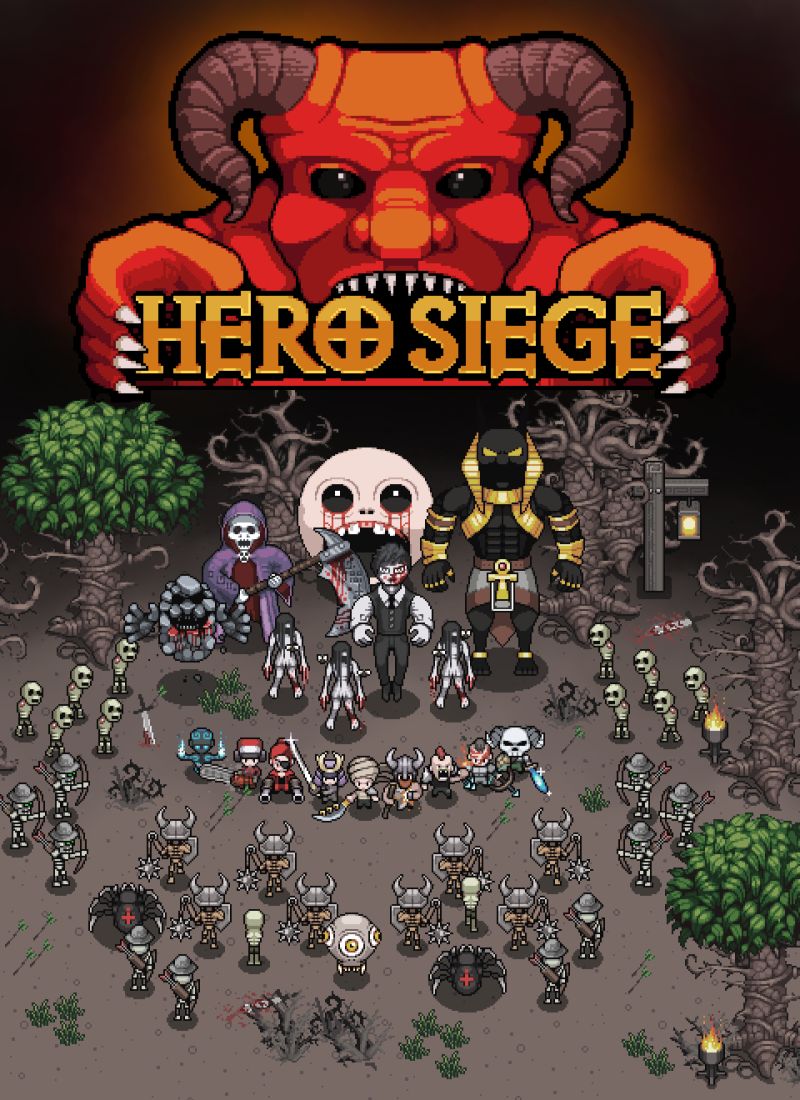 Hero Siege is a Hack and Slash game with RPG and rogue like elements developed by Elias Viglione and Jussi Kokkonen, and published by Panic Art Studios. The game takes place in a fantasy setting with classic fantasy RPG monsters appearing as enemies, from slimes and rats all the way to the corrupted corpse of a dead king. Up to four players can take up arms as one of several classes, some of which are obtainable via DLC, to farm these poor unsuspecting monsters for experience points and delicious loot. Basically your standard RPG fare reminiscent of the old Diablo days, except at a faster, more casual pace

With Woolfie focusing less on work break viable games, we now turn our attention to games that can get a wee bit grindy. (Stares down the Scythe Digital Board Game menacingly.) In this case, we took a gander at the top down roguelike RPG, Hero Siege. After a few moments of setup, and a complete lack of collaboration despite being on voice chat at the time, our proud party of four finally took center stage: The disgustingly squishy Necromancer, Reanu Keeves; the fast and furious Nomad, Toad; the Hawkeye ripoff, BowNerd; and the slow and meaty (and did I mention slow?) Bob the Viking.

Together, they go into cellars and commit genocide on rats and pumpkins. Sure, maybe they might get cursed with -35% attack speed, but that doesn’t really matter when there’s loot to be found among the blood and guts. Contrary to the presence of literal hordes of enemies and screens that are reminiscent of some bullet hell games, the earlier levels of Hero Siege can be described as chill. There’s something relaxing about having the ability to turn off your brain, wade into a veritable smorgasboard of walking skeleton-shaped treasure chests and literally holding the left mouse button for profit. Unless you made the mistake of being a Necromancer with an immune system so trashy that you explode when anything so much glances you.

While this is only our first look at the game and we have yet to get close to the end game, we did enjoy what time we had with it. Hero Siege is a fun casual game to play with friends while just having a nice online conversation, especially since quarantine is still enforced in a lot of countries. There are some bugs here and there, and some of the game mechanics took a while for us to grasp, but overall, it was a very casual and relaxed experience.