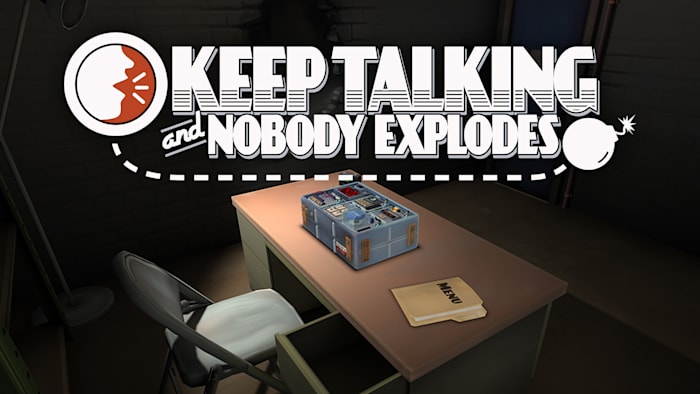 Keep Talking and Nobody Explodes is a cooperative puzzle party game where one party is trapped in a room with a ticking time bomb and the players play the role of “Bomb Experts” who try to keep the trapped player, hereby referred to as the “Defuser”, alive by telling them how to actually, you know, defuse a ticking time bomb. The problem? The Experts can’t see the bomb and the Defuser only has second hand access to the convenient Bomb Defusing Manual through the Experts.

Cooperation. Coordination. Communication. It’s easy to throw these words around regarding cooperative games when people have access to similar levels of information. When only one person has visual information and the rest only has what could be described as a dry textbook? Especially when the game was originally intended to be a couch game but was played remotely through video call?

We’re gonna have some problems.

The game begins differently for the Defuser and the Experts. The Defuser, who may or may not be named Bob, finds themselves trapped in a room with only a mysterious ticking machine for company. The Experts see only a literal pdf. In an effort to remain in an unexploded state, Bob had to, in detail, describe the room, the bomb, the wires, buttons and numbers on the bomb, and vocally include us in their last will and testament. Meanwhile, we Defusers had the more difficult task of chilling out in a Starbucks after grabbing a random Bomb Defusal Guide in a bookstore and telling Bob not to randomly cut the prettiest looking wire.

It was stressful work.

Ittook several explosions, and several Bob shaped ash piles, but wefinally managed to walk Bob through successfully defusing a bomb.(“Yes, Bob, the button with the symbol that looks like an A with adong.”)

Of course, he somehow walked into another locked room with a ticking time bomb immediately after that so we once again had to do the hard, grueling work of flipping through pages with words and symbols while he gets off easy pressing buttons and cutting wires.

Truly, the work of a bomb expert is never done. 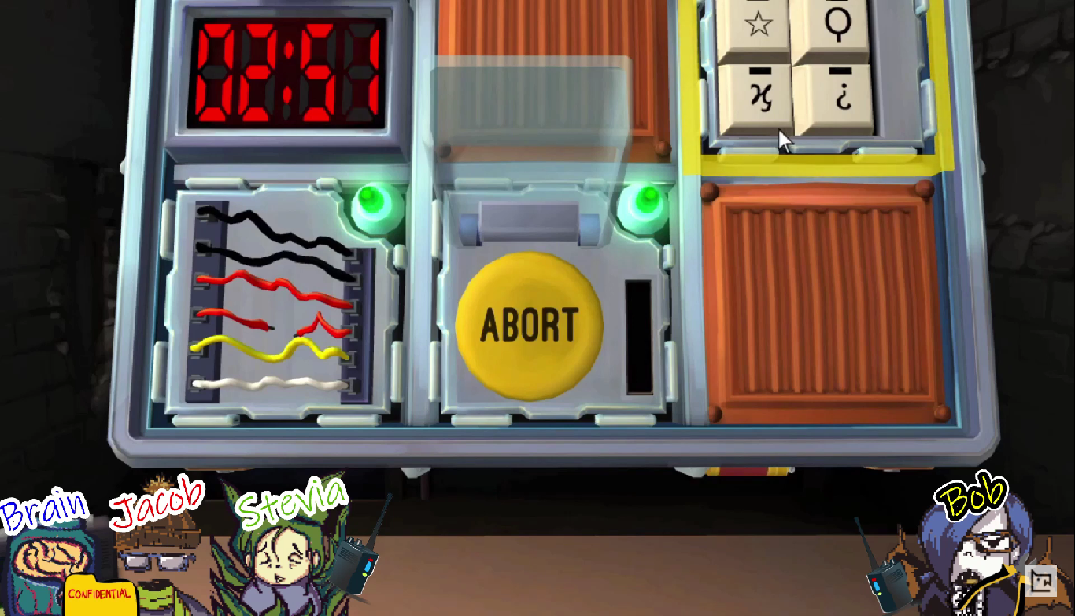 The game puts communication skills to the test. The Experts know, theoretically, what buttons to press, what wires to cut and which parts of the bomb’s serial number is actually relevant to defusal. They, however, couldn’t see the bomb and had to rely on the Defuser’s descriptive ability. All with a strict time limit, as most time bombs do. Each game is fast-paced, frantic and gets really loud, even when the players finally managed to run like a well-oiled machine, complete with their own bomb defusing jargon to speed up the description process. Of course, the game is still a party game with one side playing the game through reading a pdf so extremely long game sessions isn’t really feasible, but for a quick, frantic game with friends, Keep Talking and Nobody Explodes does its job – to make a gorup of friends keep talking – and does it well.