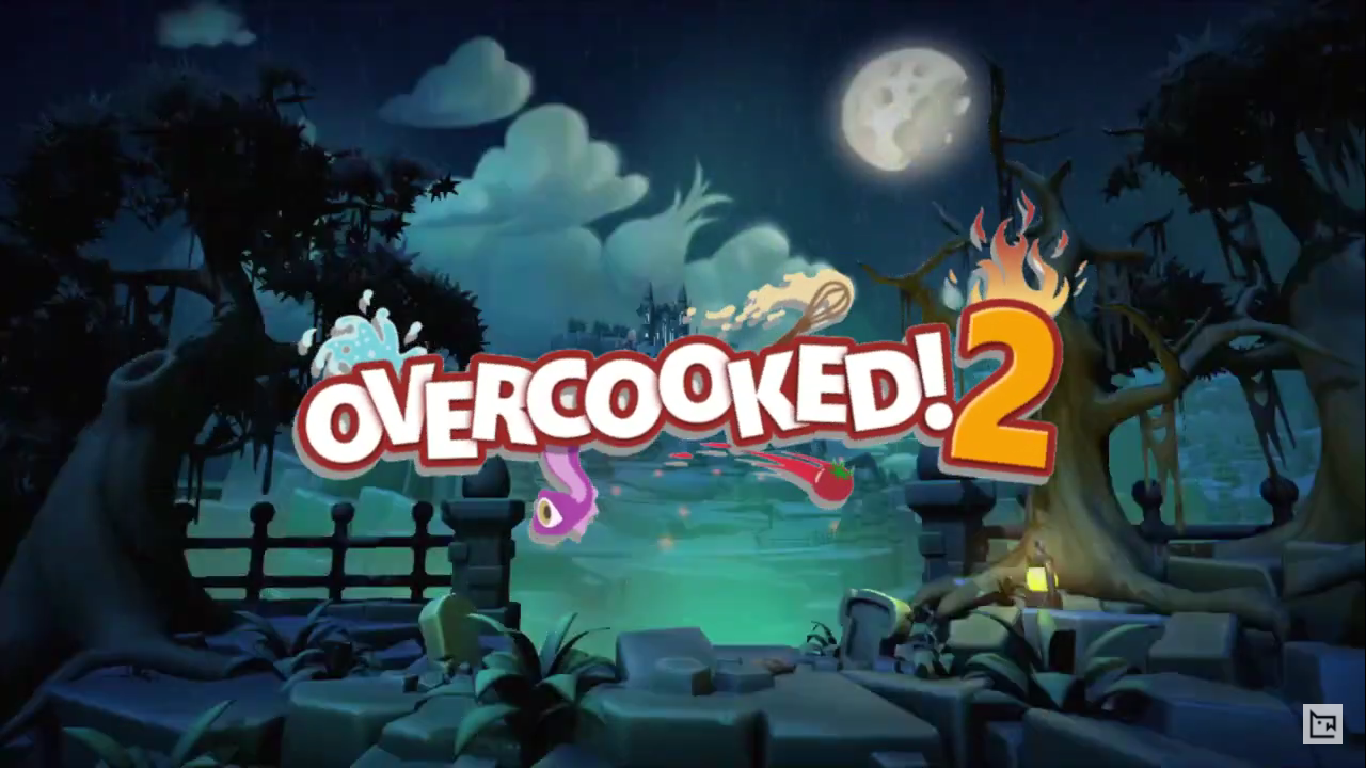 Overcooked 2 is a casual but chaotic cooking game in which 1-4 players must traverse different kitchens, each with their own health hazard violations such as chef sized conveyor belts or being located in a hot air balloon of all places, serve a wide variety of dishes from all around the world such as sushi and pasta, deal with the skills, or lack thereof, of fellow chefs and worst of all, survive a smorgasbord of food puns in an effort to save the world from the Unbread. That’s undead bread, in case it wasn’t clear.

The core game play is simple. Move your chef around the kitchen, doing kitchen related tasks that lead to a completed dish that can be safely served to customers. Obviously, the more chefs you have, the easier it is to split the tasks in such a way as to save time. In this case, there is a relevant saying: Too many chefs spoil the broth.

I’d like to say we ran our kitchen like a well-oiled machine, with each one having their specific assigned tasks. Perhaps one person should focus on preparing the ingredients while another person plates them for serving. Or perhaps each person is in charge of a specific area of the kitchen to avoid getting in each other’s way.

In classic Woolfie manner, we once again proved that teamwork is not on the menu. We got in each other’s way, crowded the narrower spaces in the kitchen, randomly put ingredients on dishes, randomly put dishes in out of the way places and burned all the rice.

After an hour or so of gameplay, we managed to reach a point where we can do the individual tasks easily. Of course, we were still graduates of Woolfie’s Culinary School of Self Absorption and thus did the tasks without bothering to see what the other chefs are doing.

Nobody was surprised when we ended up chucking our food off a hot air balloon.

Each game is a frantic chaotic mess, especially with multiple players. We had food flying in all directions, because of course yeeting ingredients across the kitchen is a faster way of bringing them to the proper prep station. Just ignore all those pieces of sliced fish on the floor please. Pans and pots keep getting lost because nobody could be bothered to put them back where they belong. And of course, nobody wants dishwashing duty so we get piles of prepared ingredients with nowhere to put them in. It was glorious. 10/10 would yeet shrimp into Jacob’s face again.

THE WOOLF PACKS GRANTS THIS GAME A DELICIOUS 4.5/5 DOGE RATING!