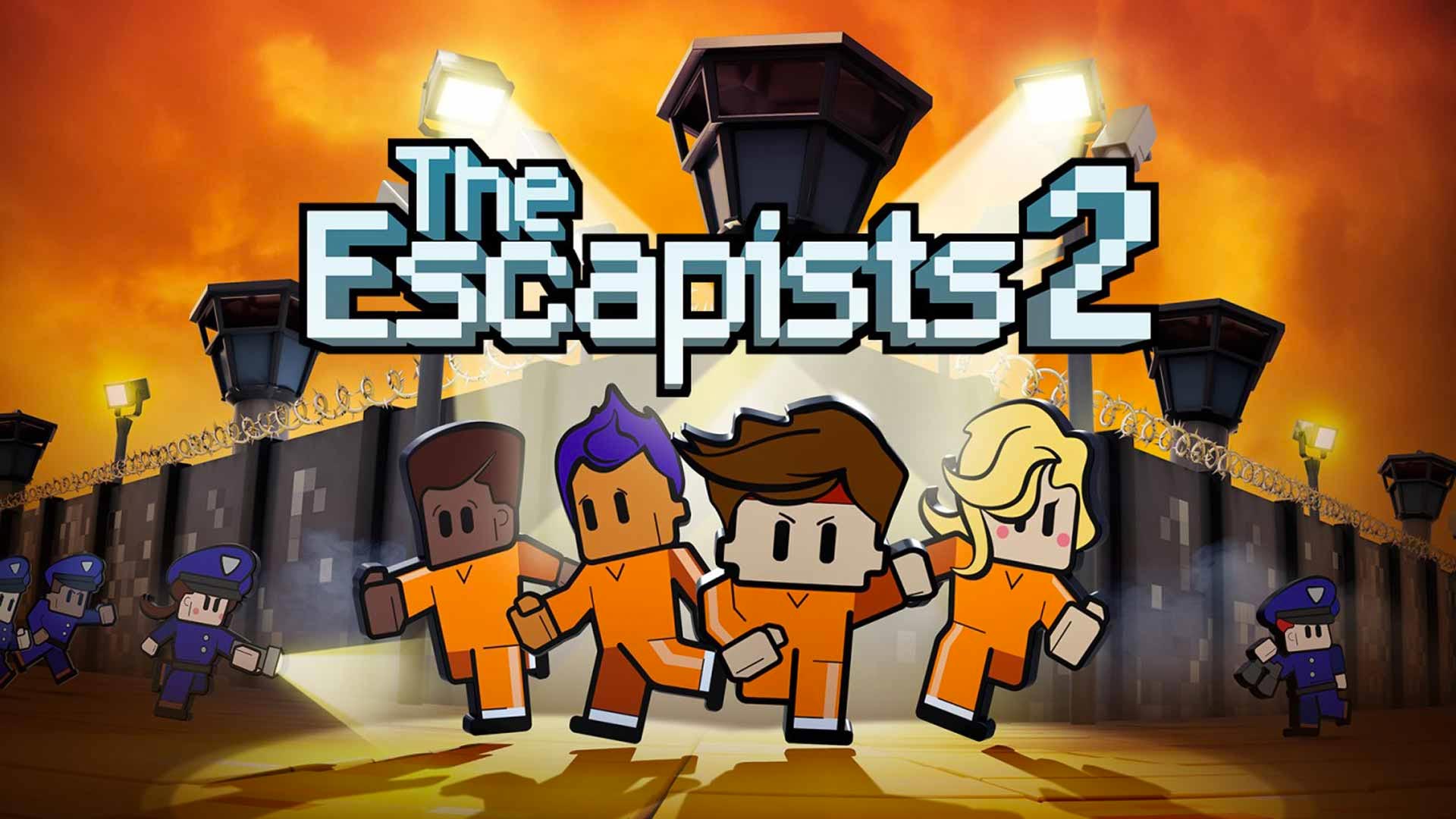 The Escapists 2 is the sequel of the 2015 game The Escapists, developed by Mouldy Toof Studios and published by Team17. While it delivers a terrific single player experience as a puzzle rpg game, I wouldn't be here typing and publishing this thing on multiplayer game review blog if it didn't have a multiplayer feature worth experiencing, right?

At its core, the game is still a puzzle rpg. This means that we, the players, have to work on our character's stats, do quests in exchange for stuff, loot items and then use those items correctly with other items and the respective stat milestones to escape the prison. On one hand, doing this alone is a fun challenge, taking the time to plan and prepare as the days pass. Patrol schedules? Take a day to memorize the routine. Which items are in which rooms? Slip away during lunch for a couple of minutes to do some quick checks. Everything's chill until you've done your due diligence and the time for the grand escape has come.

Multiplayer? Not so much. It only takes one of you to do something indubitably stupid before you have the entirety of the prison security coming for your heads. If that something was a certain someone flushing down a key they nicked off an unconscious guard down your toilet and putting the whole place on lockdown once it's reported, well...

Anyway, while having a squad of dumb people as your prison break buddies may have some downsides - some very, very facepalm worthy downsides - it does have its perks. You get to annoy them back by doing dumb stuff yourself, such as going to the showers for shower time and whacking everyone with a soap-in-a-sock mace instead of actually showering, causing a lockdown and forcing your hapless squad buddies to help you fight off the waves of prison guards, prison dogs and the other inmates that you've whacked totally on accident, all while some of the more unaffected people are washing their naked bodies.

Of course, the game does have certain issues, such as players desyncing often and the very immersion breaking fact that unlocking a door with key only unlocks it for you.

Each stage is a potential series of hilarious events, especially with multiple people. When played alone, the game is as serious or as dumb as you want it to be. When played with a group of three other chaotic gremlins, it's only a matter of time before someone forgets to hide their illegally obtained nail file before walking through a security scanner, giving the other three the moral quandary of whether to join their friend in being beaten to death by unsympathetic guards or wash their hands of the entire mess. 10/10 would watch the carnage again.